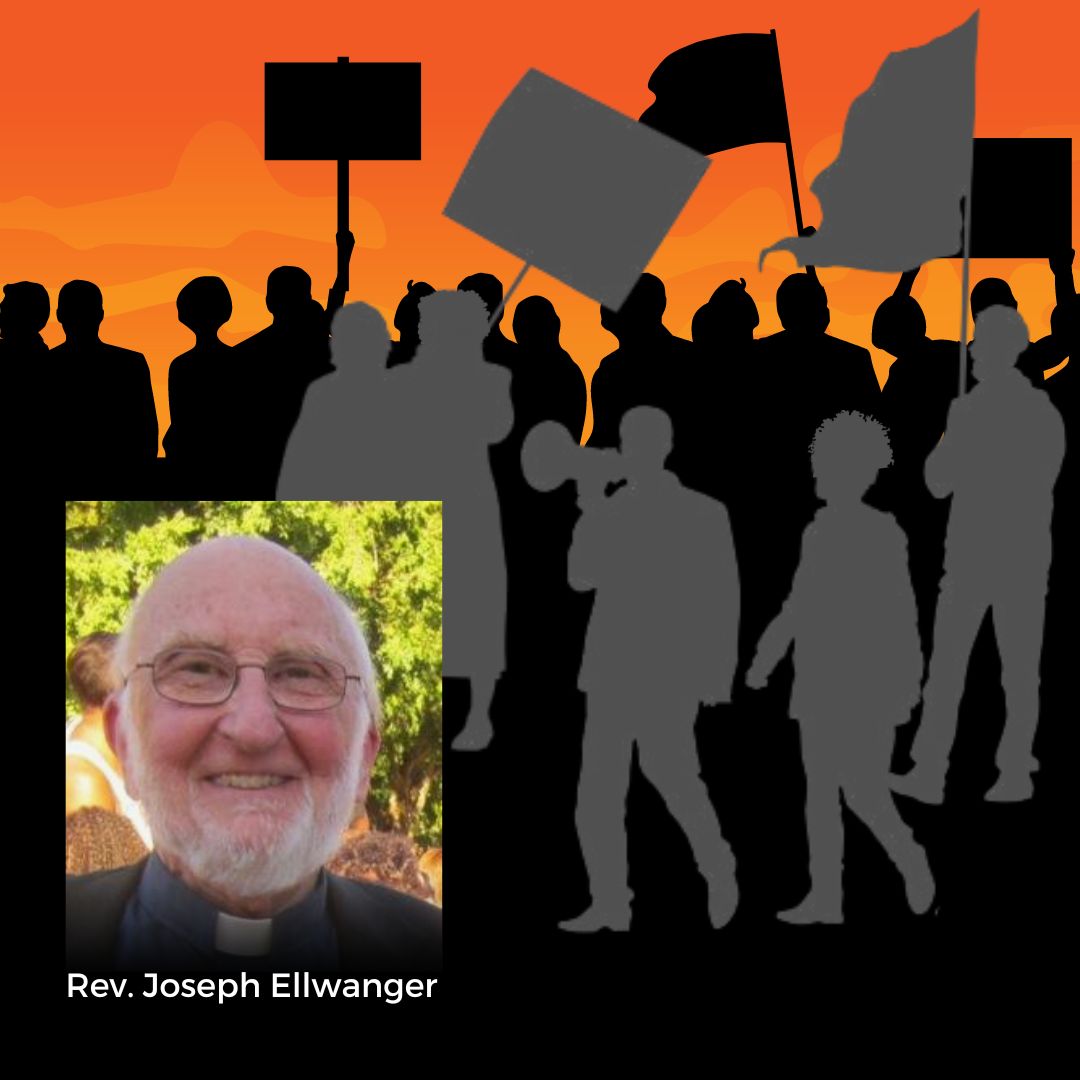 The title is from Dr. King’s sermon at the funeral for girls killed in the bombing of the 16th St. Baptist Church in Birmingham, Alabama, in September 1963. I was present at the service and I conducted the graveside service for one of the girls whose father was a member of my congregation. The bombing was momentous in U. S. History and impacted my call to ministry. I will examine why people are cautious about participating in the struggle for justice, where we can find the courage to do so, and about three examples of injustice we need to address: white supremacy, voter suppression, and mass incarceration.

View the Order of Service
Watch the recorded service.

Our theme for January is Finding Our Center.

About our Guest: Rev. Joseph Ellwanger is a Lutheran clergyman.  He was involved in the civil rights movement of the 1960s and worked with Dr. Martin Luther King, Jr., participating in demonstrations led by Dr. King in Birmingham in 1963 and in Selma in 1965.

Ellwanger was pastor of Cross Lutheran in the African American community of Milwaukee, from 1967 to 2001, where he helped develop a racially integrated congregation, with service and advocacy programs that reached out to low-income people. He was influential in the formation of Project RETURN in 1980, a prison reentry ministry, and he led Cross Church to become a Sanctuary congregation in 1983. He helped to launch MICAH, a congregation-based interfaith justice organization in Milwaukee, that addresses issues including mass incarceration, joblessness, transit inequities, and voter suppression.

Ellwanger worked from 2002 to 2012 as an organizer for WISDOM, a statewide organizing network, helping to develop congregation-based organizations that work on justice issues in cities throughout the state of Wisconsin. He is currently involved in ministry at Hephatha Lutheran, also located in the central city of Milwaukee.

His book, “Strength for the Struggle,” gleans stories and learnings from the Civil Rights movement and from 55 years of urban ministry.

New to UUCW? To stay connected and find out information about our programs such as Religious Education and new UU Orientation, complete our visitor form https://forms.gle/Y4NqSefkhpiDcrfX8