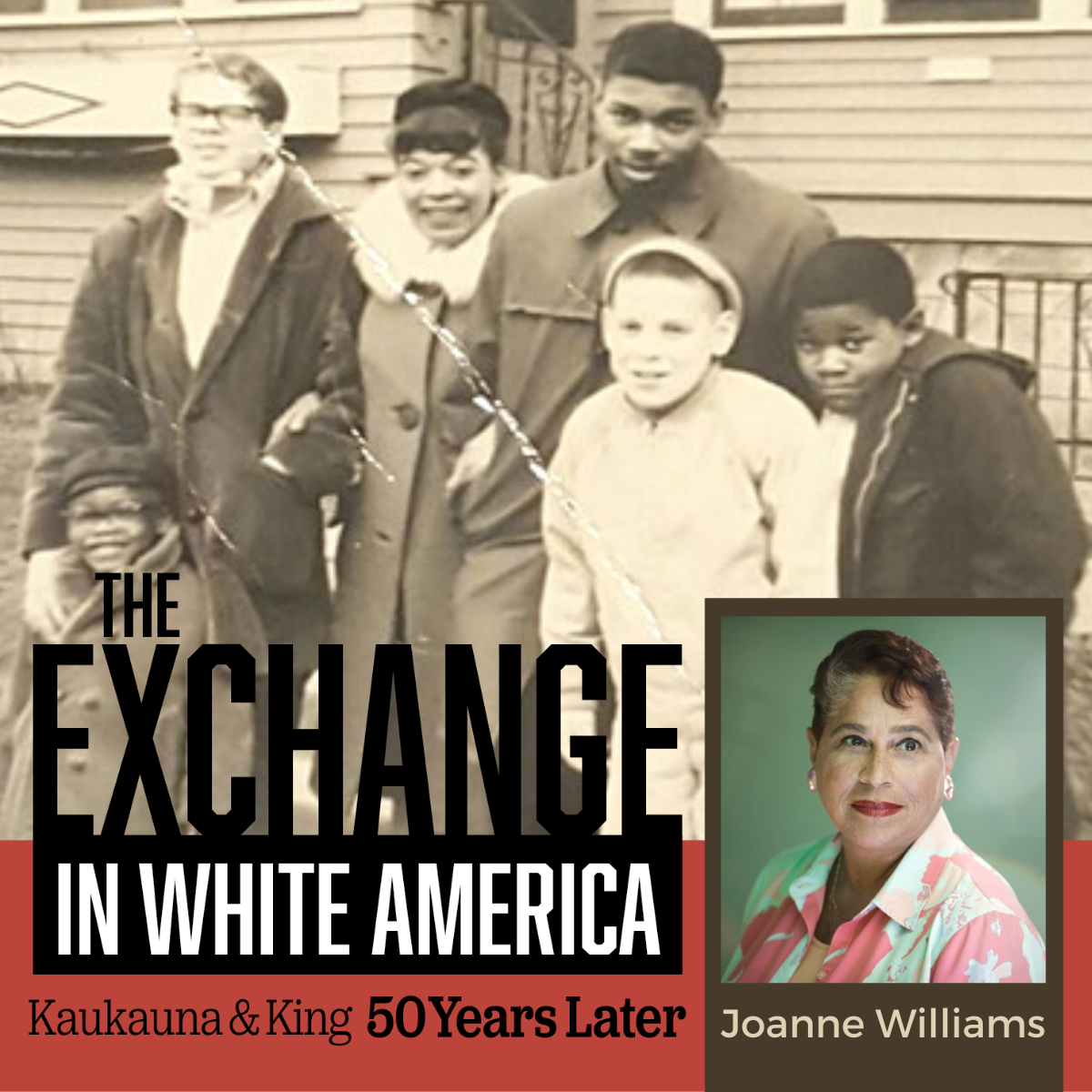 Join Executive Producer and Director Joanne Williams for an in-person screening and discussion of her documentary film “The Exchange. In White America. Kaukauna & King 50 Years Later” on Sunday, March 27 at 11:30 am at UUCW. This event is free and open to the public.

The film tells the story of an exchange of Black and White high school students in Wisconsin. The schools are Rufus King High School in Milwaukee and Kaukauna High School in the Fox River Valley. This exchange happened in 1966 … right in the middle of the Civil Rights Movement … more than 50 years ago. The participants lived in each others’ homes, attended classes in each others’ schools and performed the groundbreaking play “In White America” in both cities. This was the first time some of the Kaukauna students had ever seen Black people in person. This was the first time the Black and White students from Milwaukee had ever lived in a small, all-white town in central Wisconsin. This is the story of the revival of the play 50 years later by a new generation of high school students in the same schools and communities. You will meet some of those students and learn what the exchange meant to their lives when they were teenagers, and what it means to them now. Restaging the play in 2016 has already fostered community engagement events. The film about the exchange will generate new conversations about ways to improve race relations through theatre, education, empathy, and optimism.