The Upper Level of UUCW Is Now Open

The Upper Level of UUCW Is Now Open

For almost a year, the upper level of UU Church West’s building has been closed for meetings due to the external wood fire escape that started to fall and had become unsafe. Thanks to the skills of BuildMKE and the financial support from UUCW member Polly Ellingson, we now have a safe reliable fire escape in its place. 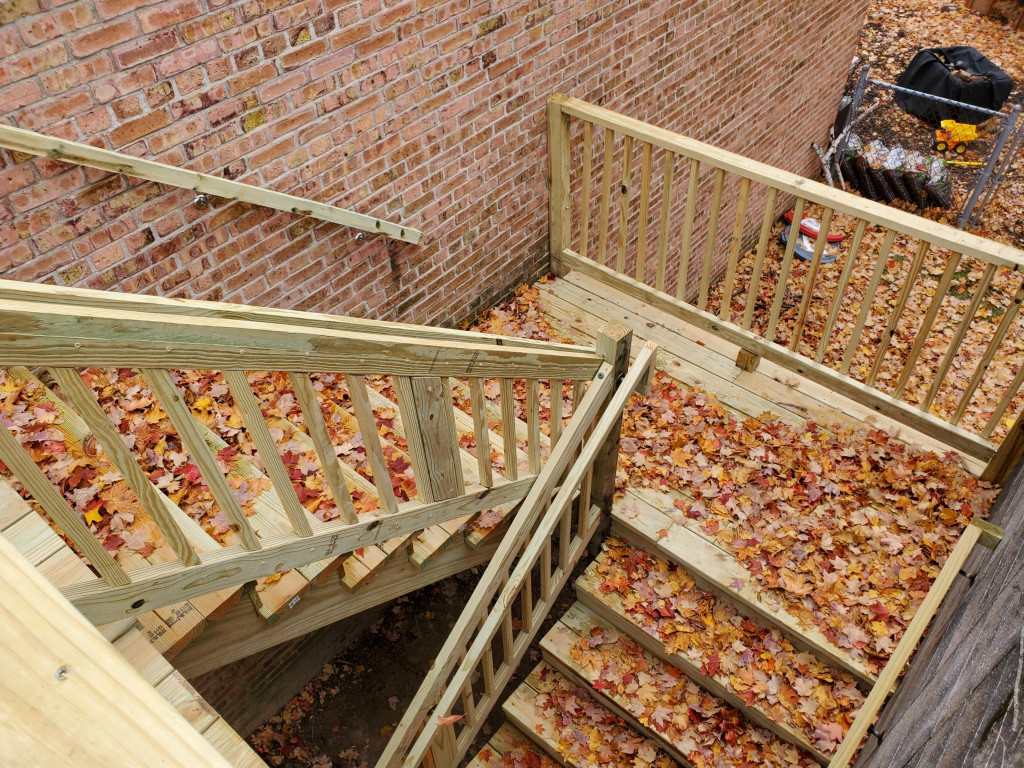 When the stairs showed signs of being unsafe, the Brookfield Fire Department and the City of Brookfield inspector were contacted to determine if a wooden fire escape was still acceptable and if we could simply repair the structure. The city inspector informed us that a licensed contractor would need to be hired for any part of the repair/replacement. The fire department informed us that the upper level could not be used for meetings or gatherings until the fire escape was in working order. Thankfully, they did allow the minister and religious education offices to be used by the staff.

The process to find someone to repair or replace the fire escape began in November of 2021. Contractors were contacted for estimates on replacing the wood stairs with metal stairs. One estimate was close to $50,000 and another almost $30,000. After a UUCW Board of Trustees discussion, it was determined the cost of a metal fire escape was too expensive. An engineer was asked to create plans for installing a wooden fire escape. 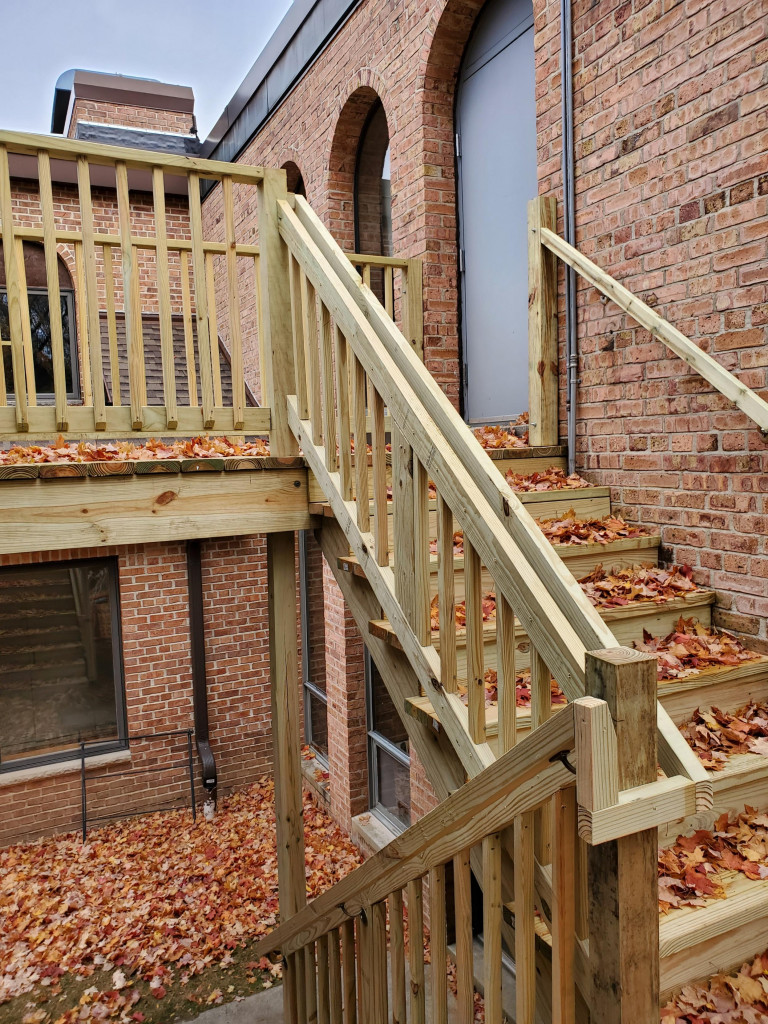 The plans from the engineer took an extended period of time. Once received, local contractors were contacted for estimates based on the plans. One estimate was nearly $20,000 and another was almost $16,000. The Board voted to move forward with the quote for $16,000 and hire BuildMKE to complete the project.

It was after the Board vote that Polly Ellingson stepped forward and offered to pay for the fire escape project. What an amazing response from an amazing member of the congregation!

BuildMKE owner, Lawrence Keeler, didn’t realize the work he had ahead of him. BuildMKE was hired to do the work in August 2022. While Lawrence was willing to start almost immediately, work would not be completed until October 2022. The City of Brookfield building inspectors held up the process at two different points for multiple weeks causing substantial delays in the project.

It was a frustrating and time-consuming project but, in the end, UUCW ended up with a completed fire escape that will last for many decades. Thank you, Polly Ellingson!

For more information about this project, contact Vicki Banville.